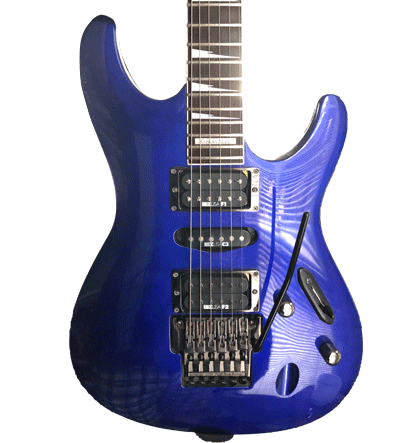 Yeah, so I’ve been playing longer than my skills show for it, but its a good way to make noise. Started way back at a ‘College Prep’ 2 week summer camp that I was attending (called ‘S.P.E.C.’ (South Piedmont Educational Consortium) at Pfeiffer University (located in where else of all places, Misenheimer, NC)).

This other attendee dude that was attending was playing the intro to “More Than a Feeling” on his beat up acoustic guitar and I was like ‘cool’. I had an old guitar but didn’t know how to play it, but I brought that thing back the second week of camp and picked up some stuff from him. So, thank you to the unnamed and unknown S.P.E.C. Dude. My playing has been influenced by Tom Scholz, Joe Satriani, Steve Vai, Randy Rhoads, Eddie Van Halen, Ace Frehley, Angus Young, Ty Tabor, Joe Elliott, Phil Collin, Rex Carroll, Bob Hartman and Michael Sweet. Oh, and Oz Fox, Tony Palacios, Ken Tamplin, SRV, Kirk Hammett and those Skynyrd boys.

Depending on your browser, the files at right will either play in a new window or download to your computer.

Sinewy guitar over chugging power chords, but listen for the wrong notes (hey, i was improvising over the rhythm, making it up (and making mistakes) as i went!)

Improv over a simple chugging rhythm i came up with. Decent. With enough searched for/missed notes to keep me humble and honest that I’m really only about a 3 out of 10 player. But I enjoy it.

Mixdown of guitar, in style of a distorted electric lead over an acoustic playing rhythm, a la the ‘1984 rock ballad’ genre

Acoustic. Mostly. This may be a Glint in My Eye but may instead be like Sand in Your Ears. I’ll leave the value-determination up to you.

An electric guitar groove, or as some would say, ‘noise’.